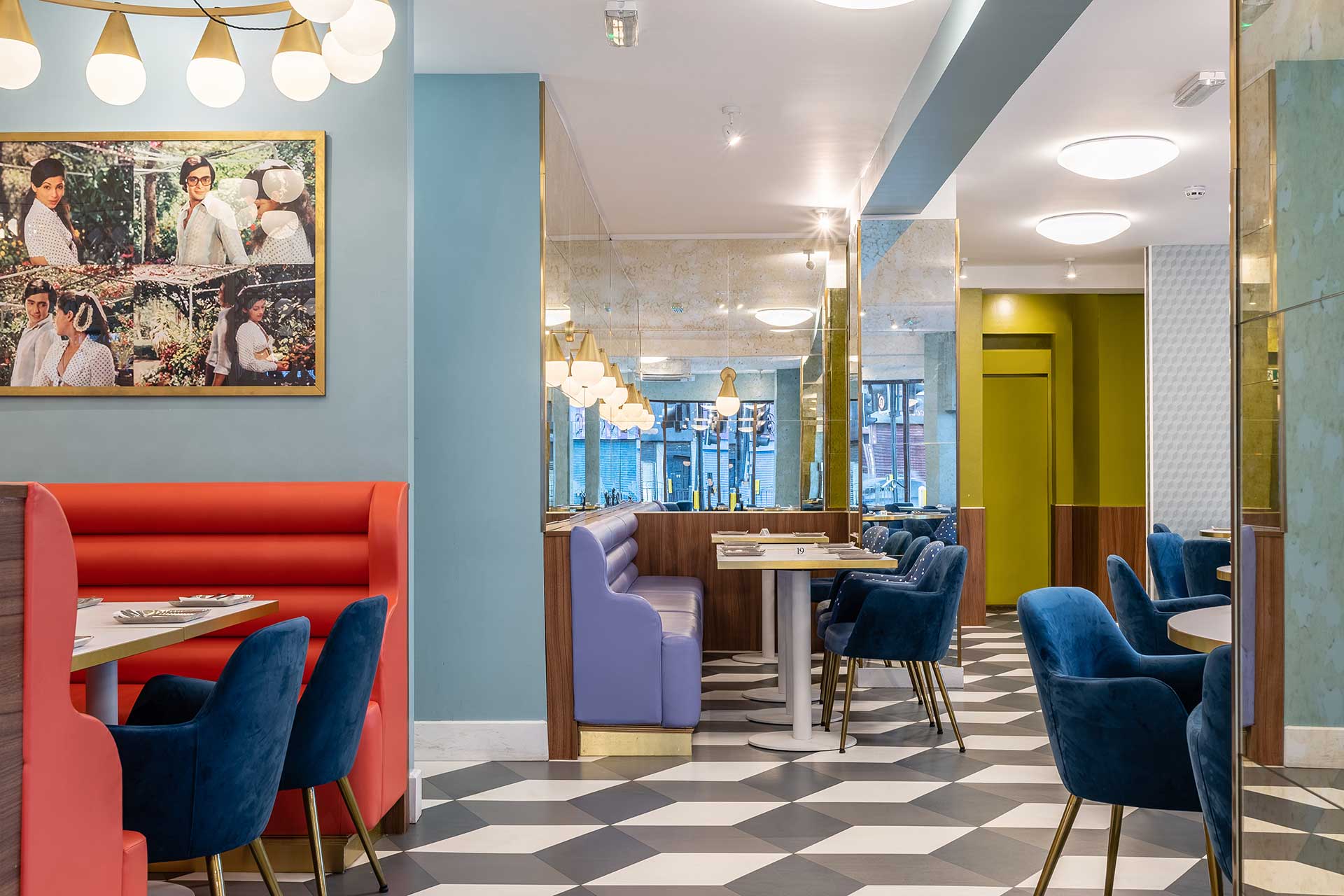 Very excited to see Bobby’s, the vegetarian Gujurati restaurant reimagined by the Faber team, has been named by The Times as No 10 in the 30 Best Restaurants to get a Curry in the UK.

Originally opened in 1976 by Bhagwanj Lakhani on Belgrave Road in Leicester, the restaurant went on to become the centre of the emerging community of Gujurati migrants who were expelled from Uganda by Idi Amin.

Tony Matters, Creative Director of Faber, has been eating at Bobby’s for over twenty years and had this to say;

‘Being asked by Dharmesh and Enna to reimagine Bobby’s following the passing of their father (and the restaurant’s founder) was a huge honour. We wanted the new Bobby’s to be a true celebration of the independent spirit that created it in the first place, to share their story for the next generation and beyond.’

Named after the iconic Bollywood film, Bobby, about a young woman and her quest for independence, the redesigned restaurant was conceived ‘as if it were a location in the film, rather than simply playing homage’.

Faber were responsible for creating the complete customer experience; rebranding, interior design, staff uniforms and tableware all playing their part to create the new Bobby’s.