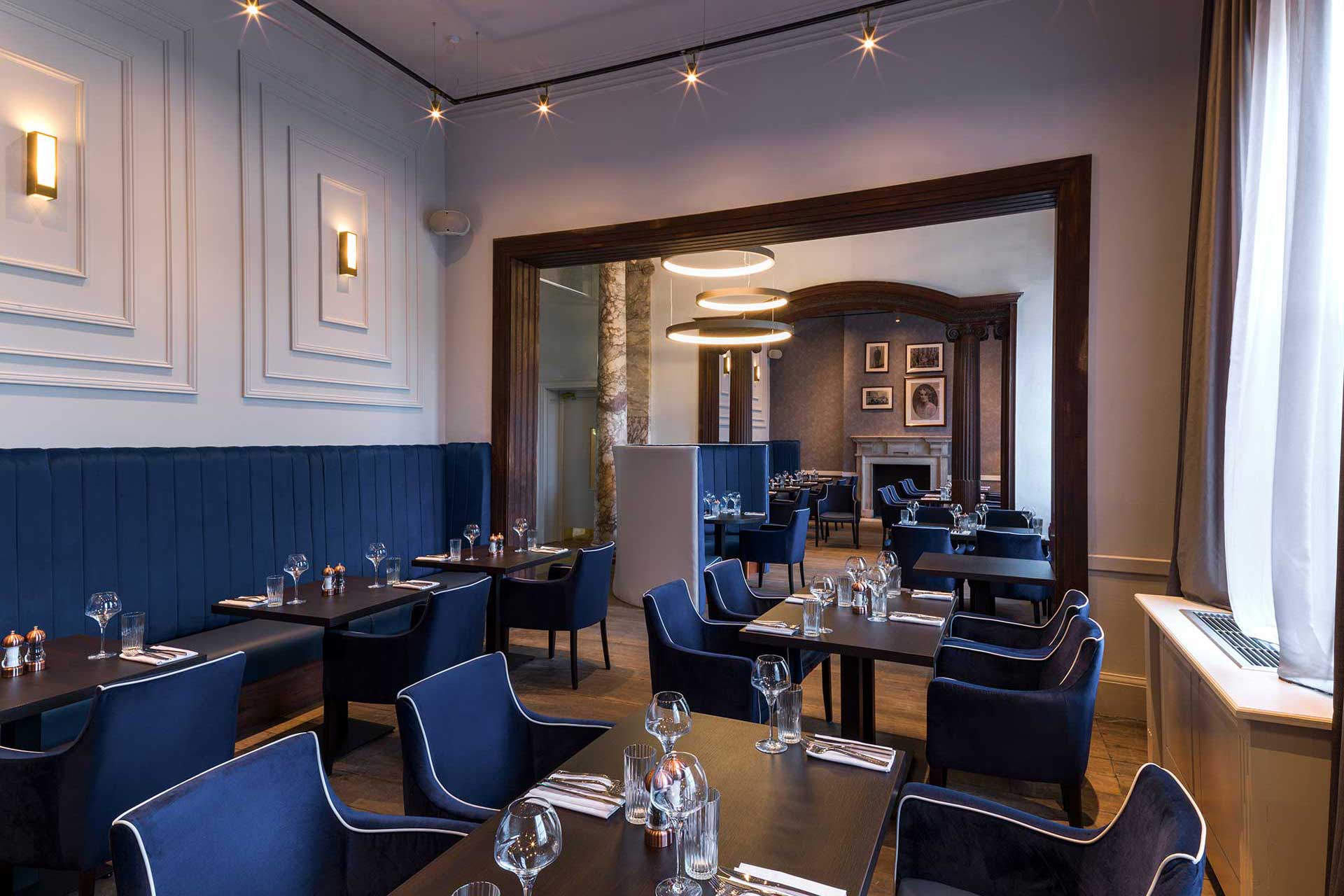 "Understated elegance and a retrained pallette of materials brings life to a Grade 2 Listed major refurbishment." 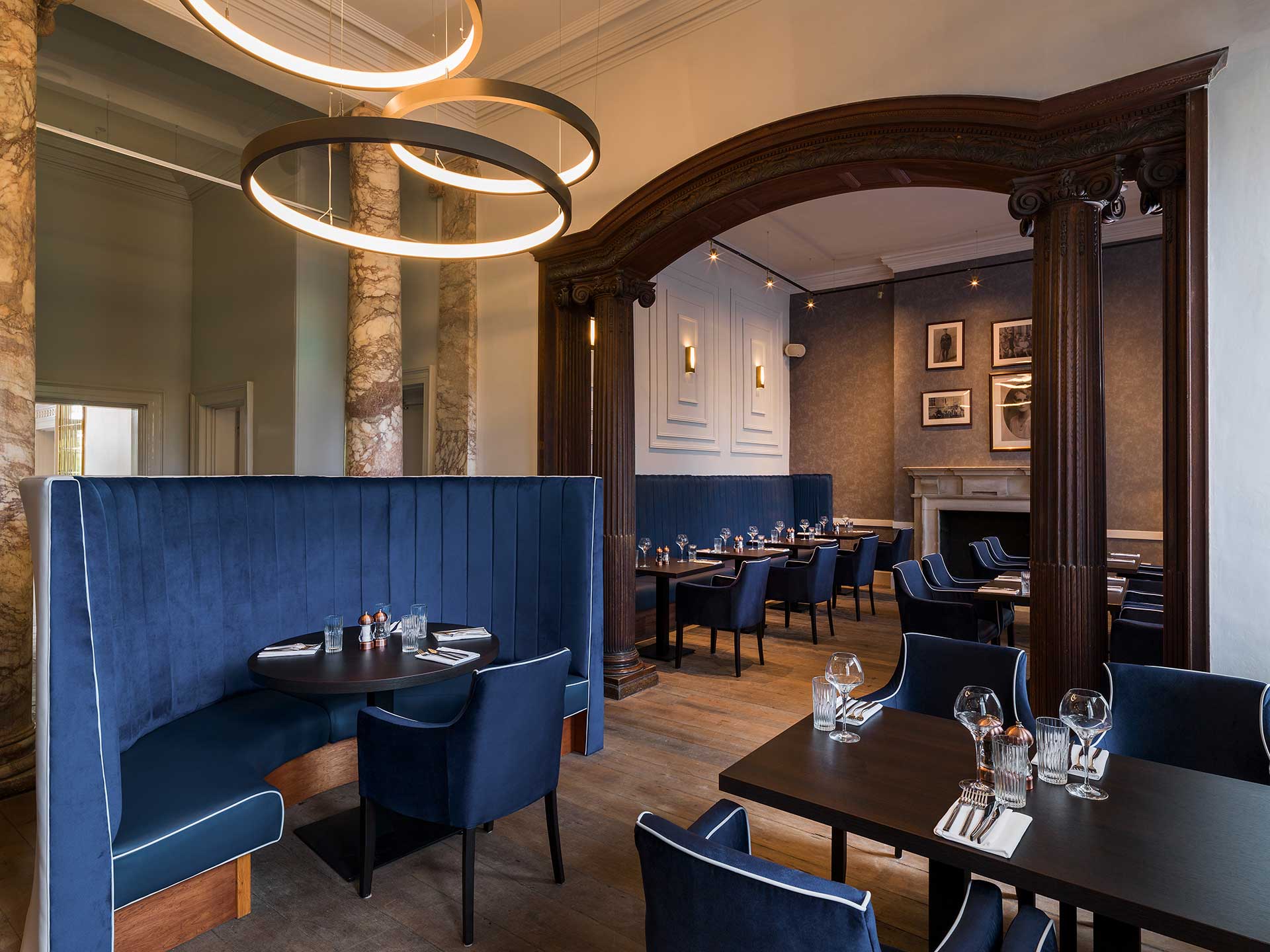 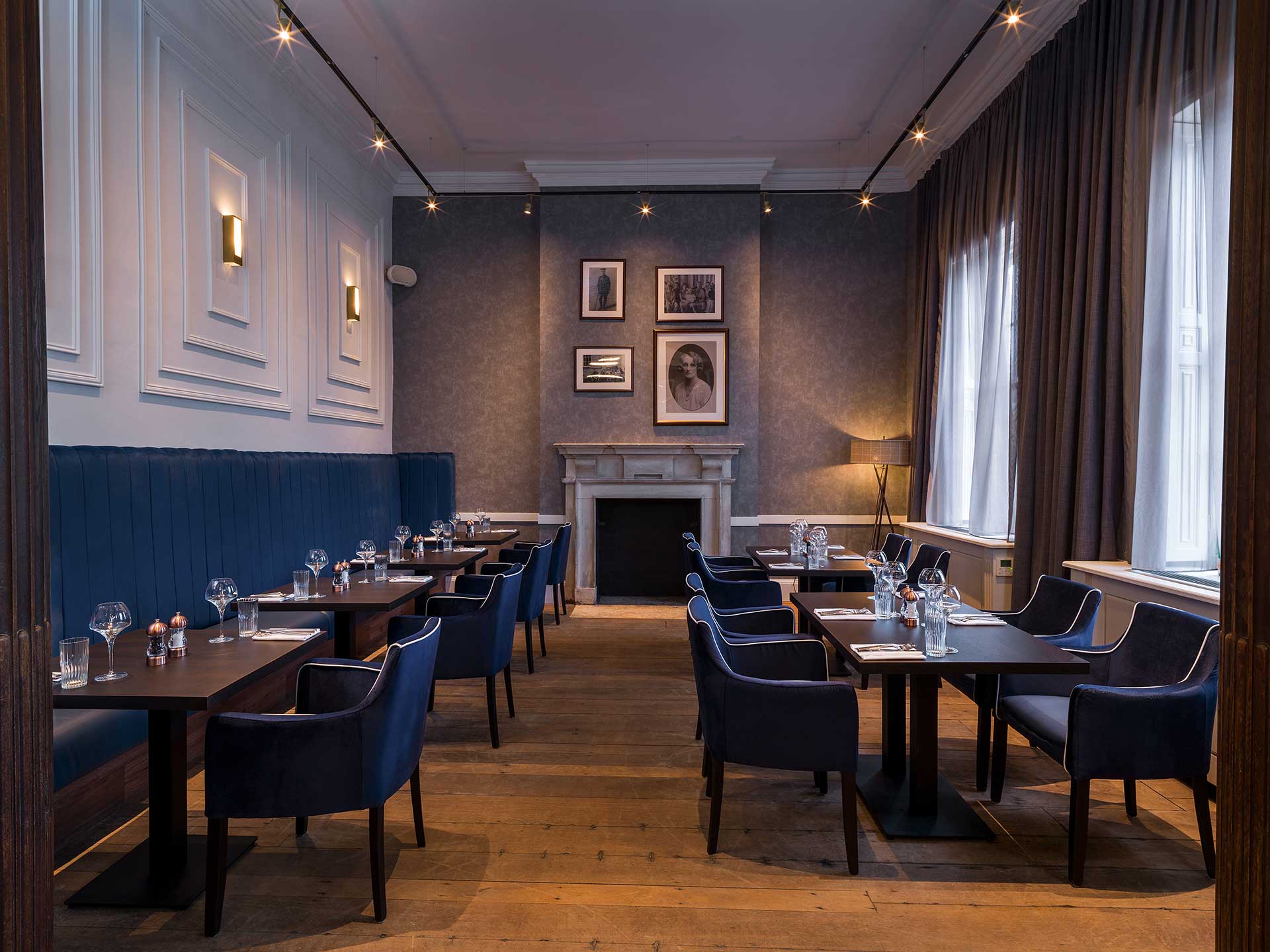 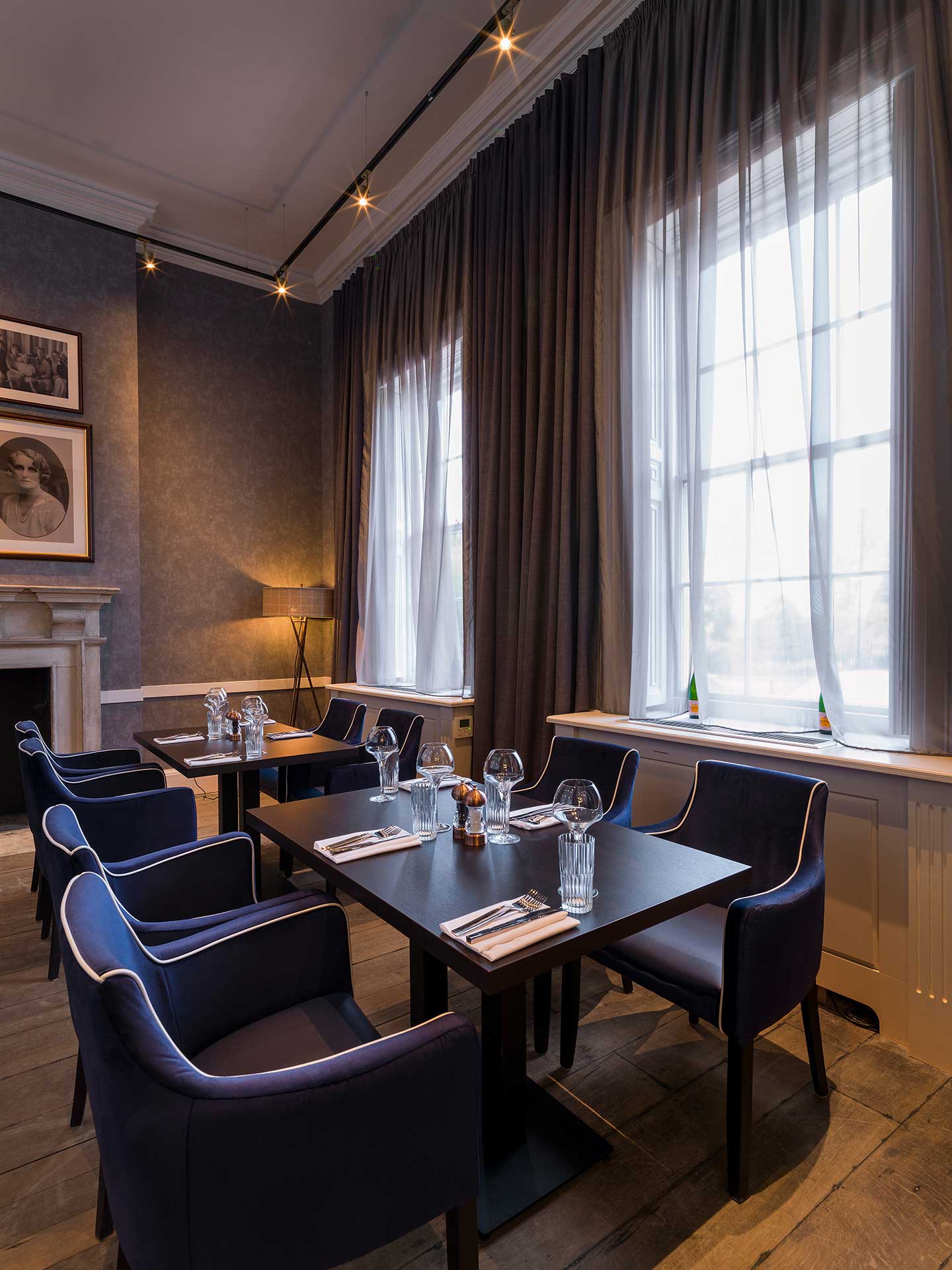 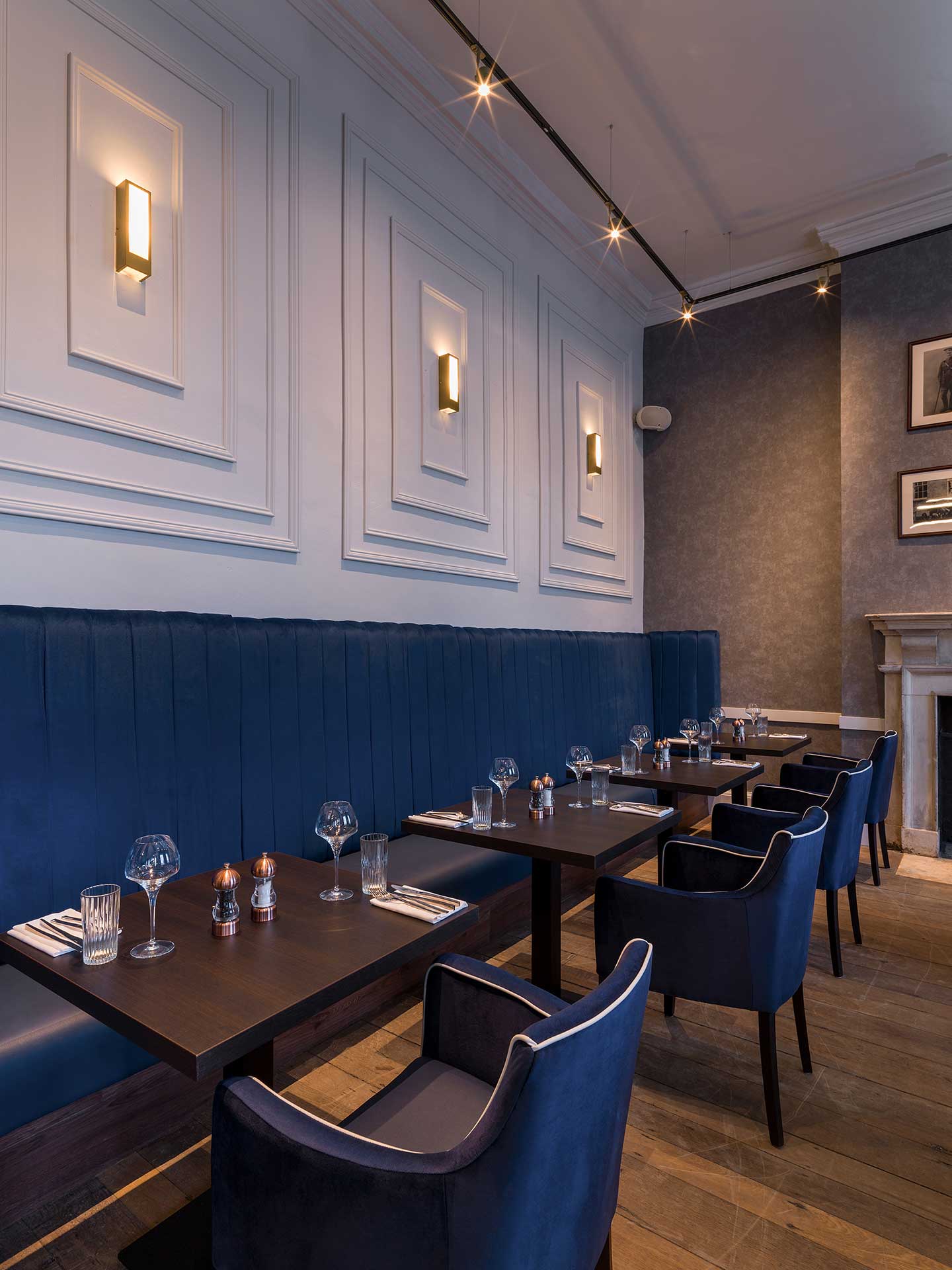 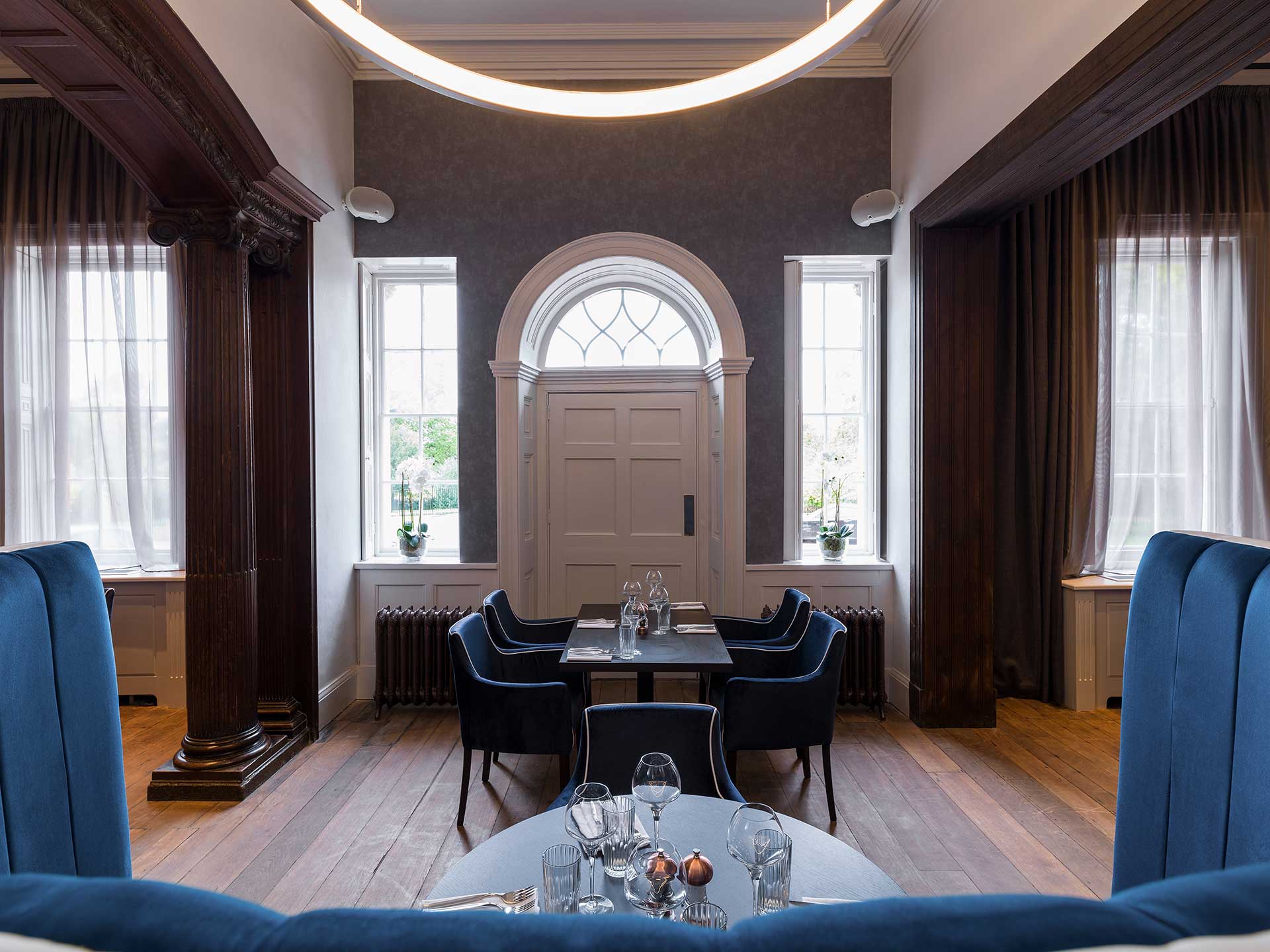 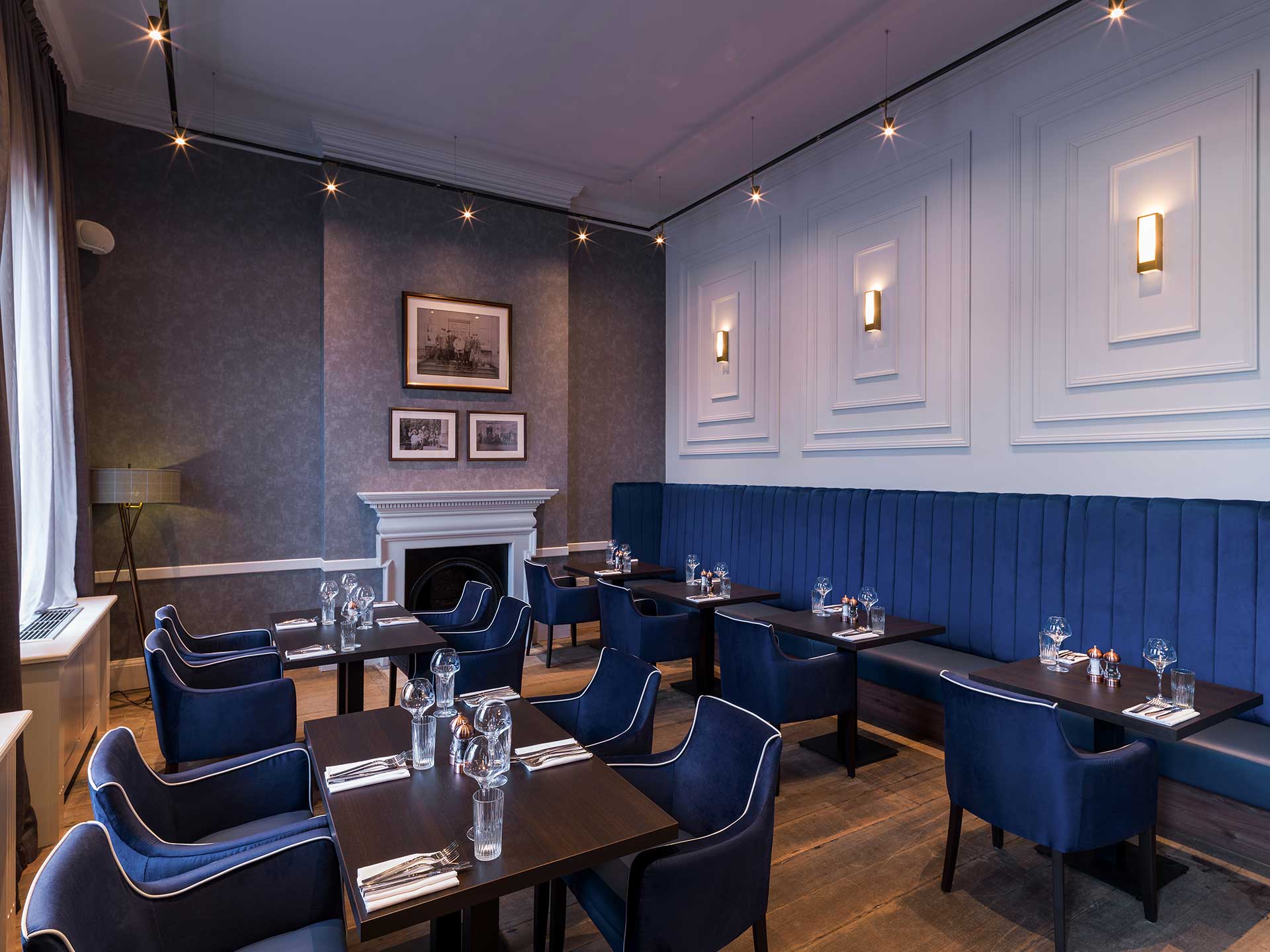 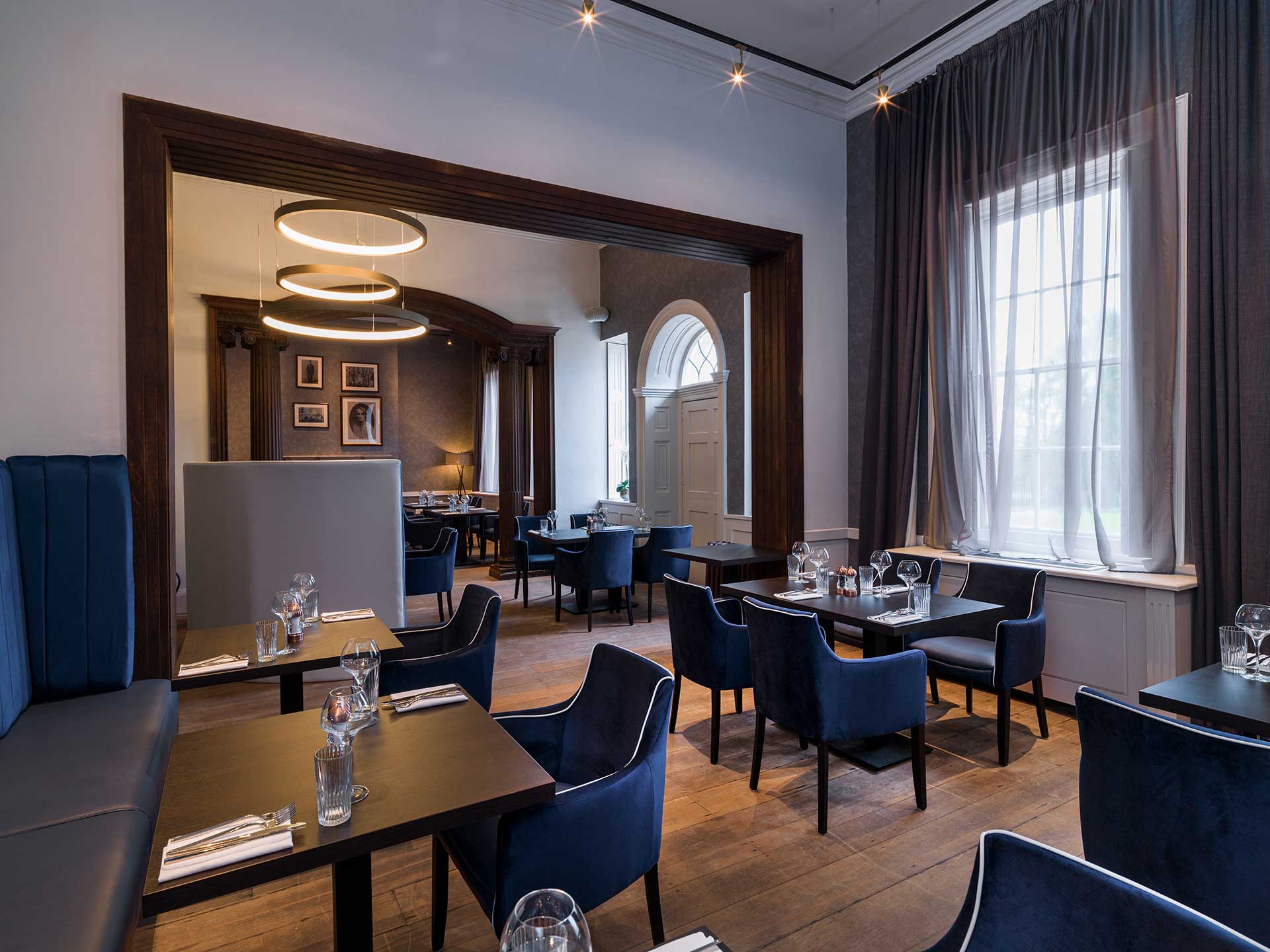 As part of a larger development to convert a formerly derelict stately home in Leicester into a hotel and boutique wedding venue, Faber was appointed to lead the design for a standalone restaurant concept called Black Iron.

Situated within 160 acres of parkland, the building (previously known as Braunstone Hall) was until recently owned by the local council and had been used as a school between 1932 and 1996.

The client wanted to create a contemporary restaurant, but was keen that it would feel at home within this historic building. “We always wanted the new restaurant to feel part of the original house, almost as if you’re a dinner guest of the Winstanley family,” says Tony Matters, Creative Director at Faber. “We had some beautiful original features to work with, including the solid wood flooring, 18th century cornicing and moulding, and original fireplaces. Great care was taken to retain and restore these features and to design something that would enhance them – but also bring a sense of the contemporary to the space.”